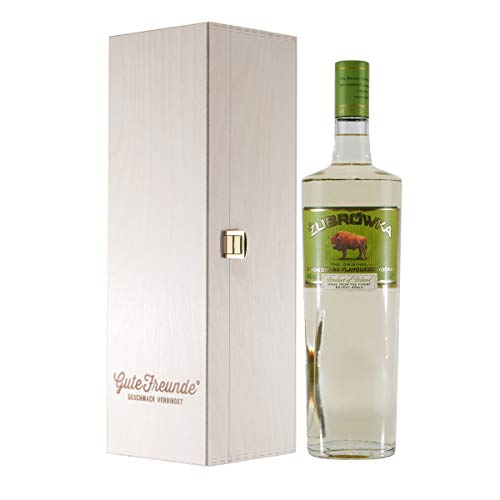 The source of Zubrowka’s wealth of qualities is a plant of unassuming appearance called sweetgrass, holy grass, Seneca grass or vanilla grass, or in Latin Hierochloe odorata. In Poland, it is referred to as bison grass (bison in Polish is zubr). Bison grass contains coumarin, a glycoside with a distinctive fragrance, once generally used to flavour tobacco, cakes and beverages.

Today, because coumarin has been found to have anticoagulant properties, it is allowed only in tiny amounts which the Polish health authorities deem harmless. Zubrowka contains only about a dozen milligrams of coumarin per litre, derived from an infusion of one or two kilos of bison grass per thousand litres of vodka.

The wild-growing grass must be harvested in good weather and at the proper time – early in the summer, when the grass has reached the proper height and colour, but is still young and not yellowed. At that moment it is most aromatic. The grass is harvested by hand. Then it is allowed to dry naturally in the breeze and sunshine and is bound in bunches, cut to the required length and delivered to the distilleries.

In the distillery the grass is spread on screens and vodka is made to flow through the grass several times to make an aromatic essence. During the next stage, this bison grass extract is mixed with pure vodka until the right colour, aroma and taste are obtained, following the traditional recipe. The ready vodka is left for several days to stabilise and harmonise. Experienced technicians and tasters monitor every step of the process. Finally, the vodka is filtered and the final product is bottled, with a blade of bison grass in every bottle for decoration.